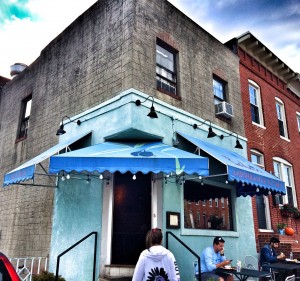 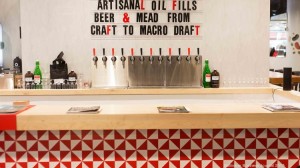 Being one of several restaurants in the nation owned and operated by members of one of Afghanistan’s most prominent families, The Helmand has helped introduce and popularize Afghan Cuisine in America within the last decade. The Helmand was named after the owner’s first born son, as well as in honor of the famed Helmand River that runs through the predominantly dry country of Afghanistan, bringing vitality and nourishment to it’s people. Much like this river, The Helmand of Baltimore provides their guests with enjoyment in the form of exquisite food prepared with care and dedication. First established in the autumn of 1989, The Helmand is proudly celebrating 20 years! 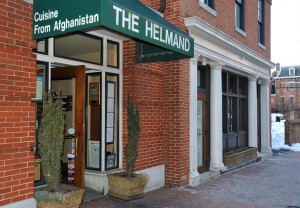 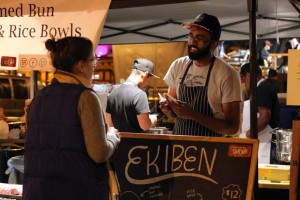 Co-owners Ephrem Abebe, Steve Chu, and Nick Yesupriya met while volunteering with Habitat for Humanity during undergrad at UMBC, and instantly bonded over their mutual love of food.

“We used to have these things called ‘cook nights,’” Yesupriya says. “Throughout the second half of college, we’d all come together a couple of nights per month and cook for our friends. UMBC is such a diverse school, so it was a great place to experiment like that.”

The Ekiben concept dates back to 2014, when Chu, a seasoned chef who previously worked at Petit Louis, pitched the Asian-fusion idea. After a few months of testing flavors in the kitchen, the guys were ready for a summer launch at the Fells Point Farmers’ Market.

“That first season was a great learning experience for us,” Yesupriya says. “We were still testing the waters and perfecting the recipes, but the Fells Point community really gathered behind us. The food seemed to resonate with a lot of folks in the area, and their opinions formed the menu. If people liked it, we kept it.”

Yesupriya says that in searching for a permanent home, it only felt right to settle in the neighborhood that had supported the business from the beginning.

“We’ll have our regular menu that won’t change much, but also a special menu based off of whatever we feel like cooking that day,” Yesupriya says. “We want to take advantage of the opportunity to experiment, so if we want to do a ramen or a fish dish one day, we can.”

Although details about the interior of the cozy, 10-seat shop are still being solidified, the owners know that they want it to feel like a community hub. In keeping with this idea, the space will have a wall showcasing information about local artists, events, and nonprofits.

Looking ahead, Yesupriya says that Ekiben will continue its farmers’ market presence even after unveiling its new digs, and that he’s excited for it become an even bigger part of the tight-knit local dining scene.

“Our food is an expression of ourselves,” he says. “It’s made out of love, and people can taste that.”

I was born to eat healthy.  Chef Gregory Brown is almost strange to me.  I had no intentions to become a chef.  I fell into it by necessity.  I’ve always had the vision to own a restaurant that catered to the health conscious crowd, but early on never really know how it would manifest.  I became a vegetarian in the late 90’s…cold turkey…pardon the pun.  I found a cook book on vegetarianism and decided to clean out my refrigerator and cabinets of all animal products and be a vegan.  The only issue was I had never cooked like this before and some of the foods in the book were completely new to me.  I was always taught that you can learn anything and with that mentality, I began to teach myself how to cook.  After several years, a friend called me and asked if I knew any vegetarian chefs.  She was part of a marketing group that was putting on an event in Baltimore called Jazzy Summer Nights; which consisted of a free jazz concert every first Thursday throughout the summer.  She stated that there was a request for vegetarian options for some of the patrons and musicians.  I agreed to ask around however after speaking to a couple of chefs, they felt as though there was not enough of a vegetarian market.  As I called her back to relay the news, I thought to myself, let me give it a try.  At the time, I had never cooked for more than two people.  I called it The Vegetarian Kitchen.  We were a success and sold out of food every night.  No matter how much food we brought out, we sold out every time.  I then saw this as a great opportunity to market my own restaurant idea.  I took a couple of years to research and put together a business plan and we returned with The Land of Kush.  I study the history of the African Diaspora from time to time and Kush itself is an ancient African civilization.  I wanted to bring ancient and natural concepts to our modern society.  I felt as though the name Kush fit and added the “The Land” to invoke a sense of community.  Baltimore is the ultimate community city; a city of neighborhoods.  I wanted the restaurant to have its roots in a city of community.  Our next task was to expand the idea to larger festivals, so starting in 2008 we began cooking at the African American Heritage Festival and ArtScape.  After receiving even more positive feedback and creating some name brand recognition, we found a location in the Mount Vernon Community.

A native New Yorker, I was born in Manhattan’s lower east side (LES) and raised in the South Bronx.  As a youth enrolled in a program called The Fresh Air Fund, I was introduced to gardening, farming, environmentalism, sustainability and the basics of healthy eating while spending summers in the Berkshires (Massachusetts).  I am a people-person, with over 20 years of customer relations experience.  I have held managerial, technical and administrative positions at Verizon Wireless, Dow Jones Markets, Credit Suisse First Boston, and the former Chemical Private Bank. I hold a Masters degree in Business Adminstration from the University of Phoenix. Past business ventures include independent contracting for Nu Skin International and launching an entertainment company called Now Dat’s Comedy!  The thought of owning a restaurant never crossed my mind until I relocated to Baltimore and met Greg.  That is when we birthed the “vegan soul food” concept for The Land of Kush.  It’s not just the food, it’s the overall experience! We are VeganSoul!

Born in Newark New Jersey, Darius has over 20 years in the field of real estate. He began his career in 1985 working for CT Management as a porter. In 1986 he was part of Telesis $21 million rehab of Paradise at Parkside located in Washington DC which has 653 units. From the year 1988-1993 he worked in the corporate office of CT Management performing a wide range of duties (accounts payable, accounts receivable, receptionists). From 1994-1995 he worked as a personal assistant to the president and founder of CT Management, Charlie Tini. That later landed him in Homestead Florida were he managed over 90 units. He was a one man rental office, handling all the day to day duties as well as all the other extra curriculum actives that CT Management provided for the community. He also spear headed a program called the Neighborhood Network were they offered computer classes and interviewing training skills for the tenants of the complex. In 1997 he went to work for MCI WorldCom as a customer service supervisor were he ranked in the top 5% in production nationally for four years in a row. A couple years later he reunited with his childhood friend Ricardo Rowe and they formed what is now known as Overstanding Development LLP. He is a graduate of Ferrum College were he received a BA in Business Management.